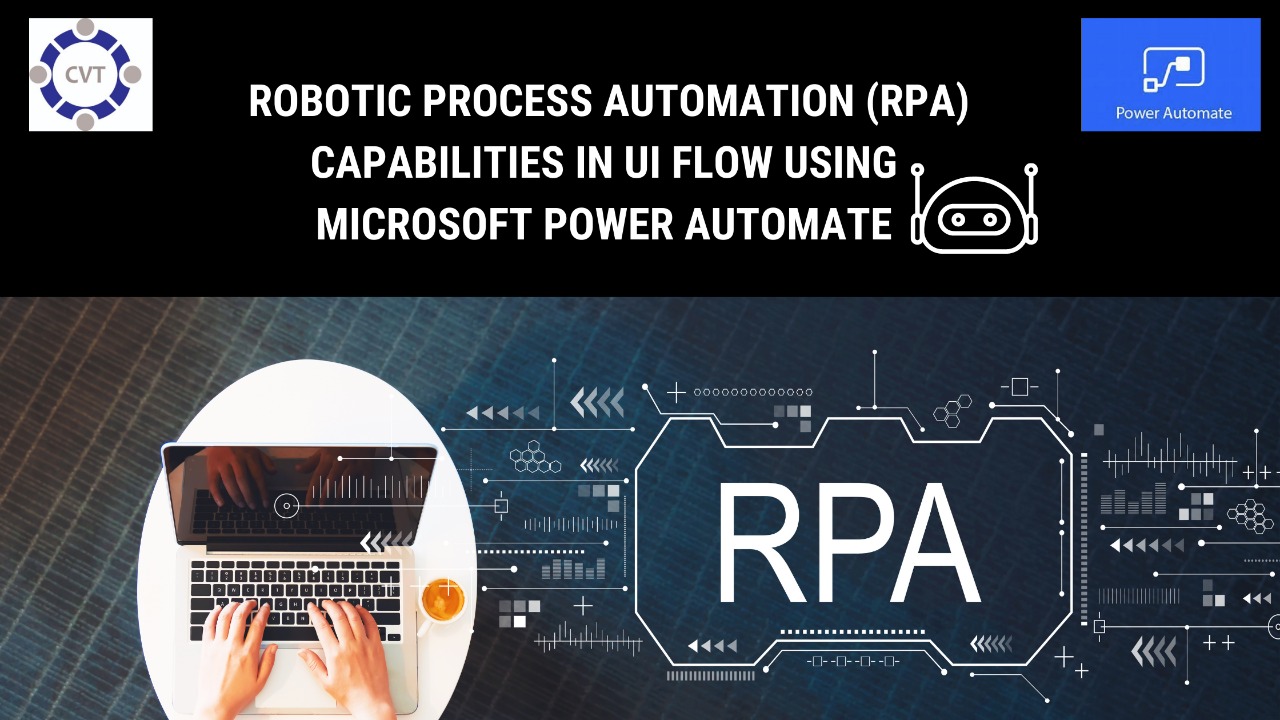 Businesses all over, no matter how big or small, always appreciate solutions that help them automate their On-Premise business processes as well as cloud-based applications and services.

UI flow – that brings an RPA (robotic process automation) feature to Microsoft Power Automate which basically help your business save tons of time and effort. No more do you have to worry about repetitive tasks in Windows and Web applications when you have UI (User Interface) flows to record and playback UI actions, like mouse clicks or keyboard actions for applications, that don’t have easy-to-use APIs available.

Robotic Process Automation – What Does it Mean?

Robotic process automation helps companies with automating their business processes with virtual robots and/or AI. Workflow automation, in fact, is not new; we have all seen software engineers write code to communicate with the system through its API to further automate tasks. However, robotic process automation does not require one to write code. Instead, the RPA system creates a whole list of actions which then the user can view in the graphical interface of an app. Then, these steps can be repeated automatically, freeing up most of the repetitive as well as time-consuming tasks.

Just like humans, RPA bots also use a keyboard and mouse; the difference is, they do not require a screen and unlike humans, they work in a virtual environment. The main goals of process automation are to save time and cost while allowing employees to do other, more demanding tasks.

How is Robotic Process Automation Different from Test Automation?

Businesses opt to automate tasks in order to save costs and free up some time for their employees to get other things done. If we were to examine RPA and test automation tools from a technical point of view, we would find both quite similar to each other, especially since the tools of both these methods repeat the actions suggested by the user or tester, thus automating UI interactions.

However, the truth is, robotic process automation and test automation are not identical. First off, RPA under a UI Flow is not essentially used for testing; instead, it is used to automate business processes. So, it is, in fact, a term that’s much broader than test automation, which is about testing products. Plus, test automation usually requires a tester to write scripts using the programming language instead of requiring code to automate RPA tasks.

The fact that RPA can be applied to a large number of finance and accounting operations to drive efficiency can be shown through how it automates invoice processing.

Under a UI Flow, RPA software robots can not only automate data input and error reconciliation but even some of the decision-making that’s required by the finance staff while processing invoices. Automation, at the same time, is able to limit errors in these processes while reducing the need for any manual exception handling.

RPA bots constantly monitor the invoices saved by either employees or other bots and extract information as soon as they find a new invoice. They use their credentials to open the company’s

database or ERP system if it’s not already open to start processing the invoices one-by-one. After having successfully registered every invoice, the bots then send notifications in the form of emails to either the employee or to the vendor or both.

Robotic process automation has proven to be an excellent aid to businesses of all kinds and sizes in achieving these goals; but it can easily cause other problems if not implemented properly. Hence, one of the first steps in your journey with UI Flow has to include the selection of the best Microsoft partner who can work hand-in-hand with your business, enabling it to automate with RPA.

That is where the expertise of an official Microsoft partner, like CodeValue Technologies, comes in handy. We always believe that businesses should always make informed decisions, and we’re here to consult you on anything regarding UI Flows. If you’d like to know more about UI Flows and CodeValue Technologies,  you only have to drop us a mail at contact@codevalue.in, and we’ll get back to you as soon as we can.